THIS IS THE LARGEST
CONTINENTAL AREA
ON EARTH. THIS LAND
MASS CONTAINS TWO CONTINENTS


What is...
The Eurasian Continental Plate? 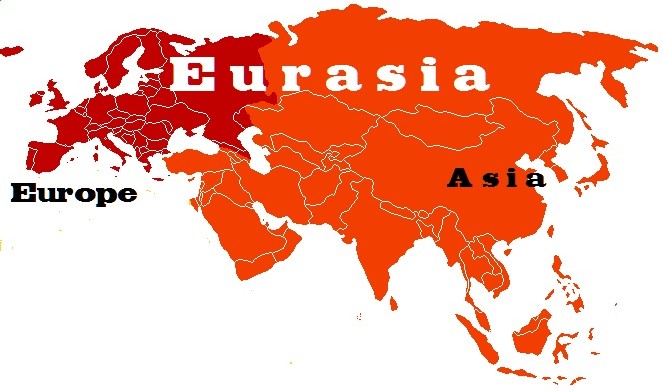 The Eurasian contineltal plate actually contains two seperate continents on Earth, Europe and Asia. Surprisingly only one country spans both continents, this country is Russia. Because this land mass is so big it touches both the Atlantic and Pacific Ocean. This continent is home to many creatures such as humans, the brown bear, the red panda, and the european bison. Other creatures used to be native to this land called dinosaurs and more specifically the Oculudentavis khaungraae was native to here. Which is considered to be the smallest dinosaur to ever live. For more information on Eurasia Click Here