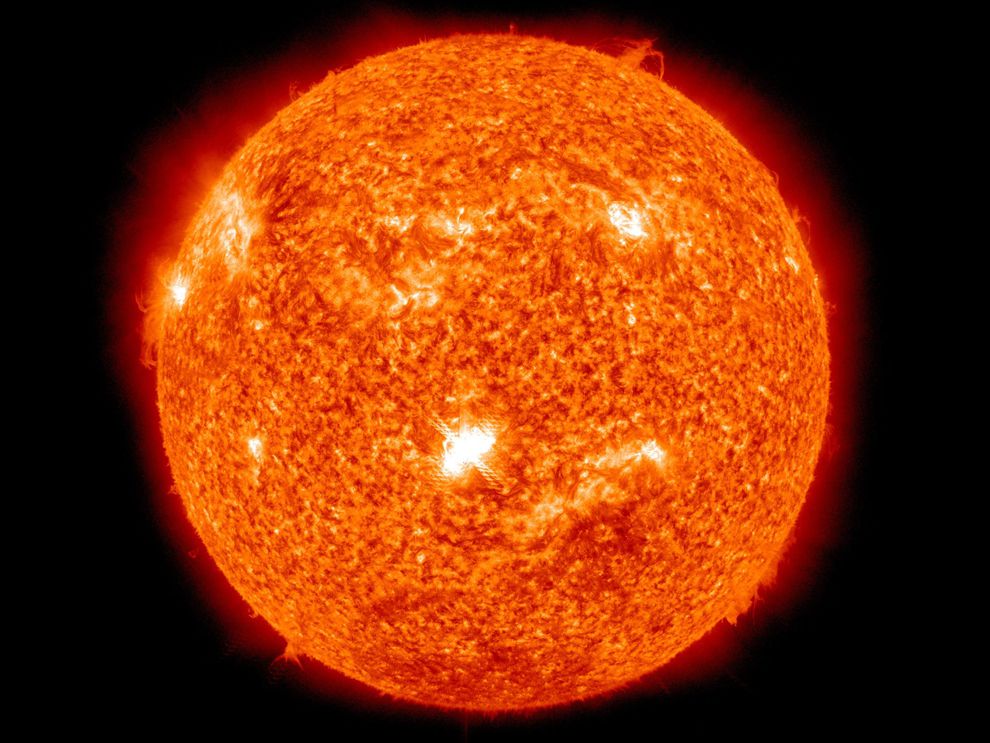 Talk about enormous, the Sun is by far bigger than all of the planets in our solar system. 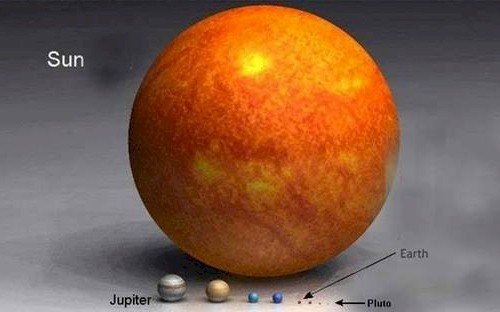 As stated before, the Sun is truely enormous, and it accounts for 99.86% of the mass in our solar system. So big in fact over one million Earth's could fit inside of the sun. The surface area if the Sun is 11,990 times that of Earth, and the radius of the Sun is 432,690 miles. We may think the Sun must be the biggest thing in space, but this is very incorrect. There are billions of things in the Universe that are bigger than our Sun. In fact, our Sun is considered an averaged sized star compared others. Life on Earth could not exist without the Sun. For example, the African Elephant would be extinct without the sun, just like all other life on Earth

In the picture to the left , you can see a comparison!

Although it seems like light is instant, in reality, it takes about eight minutes for light from the sun to reach the Earth. How does this work? Well, distance from the Sun to the Earth is about 150 million km. According to physics, light travels at 300,000 km per second so dividing one by the other gives you 500 seconds (which is about 8 minutes and 20 seconds). 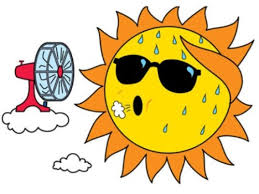 The genergy created by the Sun's core is nuclear fusion. Temperatures inside the Sun can reach 15 million degrees Celsius when hydrogen converts to helium (four hydrogen nuclei are combined into one helium nucleus). The sun would explose like a huge bomb if it didnt have such string gravitational pull. There are also 3 layers to the sun: The photosphere, chromosphere, and the corona. The tempertaures in all of these layers are different and unique.

If you enjoyed this, find more information about the Sun Here!